As the use of solar energy is constantly growing in Ireland, it has become increasingly important to assess the accuracy and skill of our weather forecasts and models. Satellites can be used on short time-scales to verify incoming solar radiation forecasts and also potentially to update operational PV models. This report outlines appropriate satellite data and the relevant retrieval methods for examining solar energy processes in Ireland. 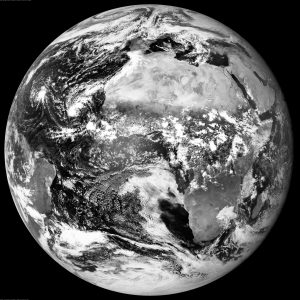 This report looks at the different formats of satellite data; raw satellite data, derived satellite products and satellite images. The most appropriate source and format found was geostationary Meteosat images from the European Organisation for the Exploitation of Meteorological Satellites (EUMETSAT) Data Centre. The images have a temporal resolution of 15 minutes and the data can be easily downloaded from the browser or retrieved via wget.